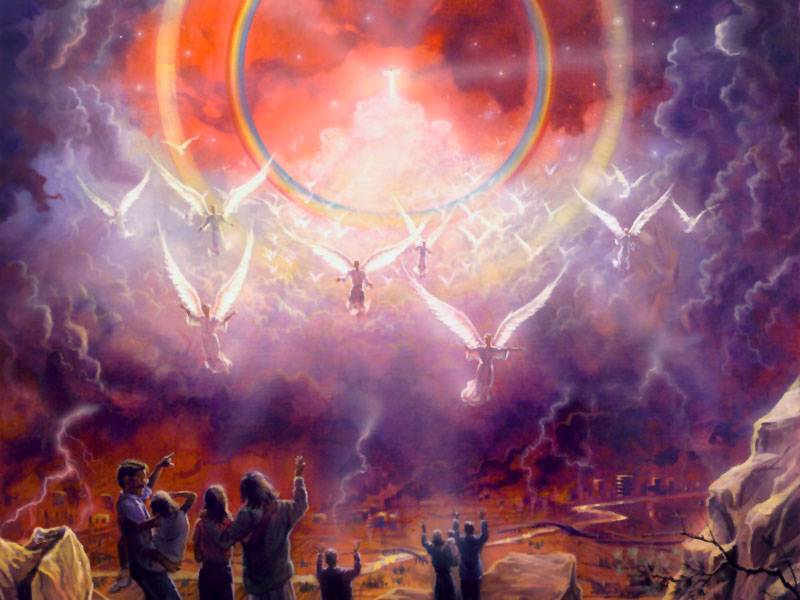 The return of Jesus to gather His people from the earth is the grand theme of the Bible. One verse out of every eleven in the new testament speaks of this momentous event. Some refer to this as the "rapture," although this term does not appear in the Bible.

Christ's second coming is mentioned in the scripture 2,500 times. That means it's a very, very important event. And Satan would love nothing better than to have people misunderstand just how this event will take place.

The most important thing to remember is that Christ will return in the same manner as he departed. Our Lord left this world by rising up unto the clouds, and He shall return the same way: in the clouds.

Prior to this event, Satan is supposed to duplicate Christ's return. Misleading everyone who has not followed the scriptures. While Satan must get permission before he acts, he will not be allowed to duplicate the manner of Christ's return. So if you see Christ here on earth, and he preaches the gospel word for word, meaning for meaning, and heals, and does good things. It's Satan pulling an illusion, unless you saw him arrive from the clouds personally.

Christ's 2nd coming will be no "secret affair." The whole world will see it. It will be "as lightning" [MAT 24:27] The awesome glory of God and all of His angels shall overshine out entire world. And during this event no one will ever see christ "walking around on the ground." [MAT 24:23-27]

Suppose that a glorious being suddenly appeared in Jerusalem who claimed to be Christ, and suppose He preached the warm, beautiful Bible truths, called fire down from heaven, healed the sick, helped stop wars, read minds, blessed children, etc. Is he really Christ? No. He would be an imposter. We would not be told so explictly about details of the return unless someone, something, was going to try to counterfeit it.

Christ's 2nd coming is "in the clouds": He gathers up the saints, He does not set foot upon the earth at this coming.

See, Satan is due to show up impersonating Christ. And this will be the one thing he won't be permitted to duplicate. Satan will be "on the grounds," not "in the clouds." And for sure he's going to tell everyone these 'Sabbath keeping Christians are outta whack and against the grain of the truth.' (Which would make sense to mandate a blue law the nations will follow.)

Without knowing this important piece of material, which many are overlooking, there really would be a great deception. ...just as one is promised.